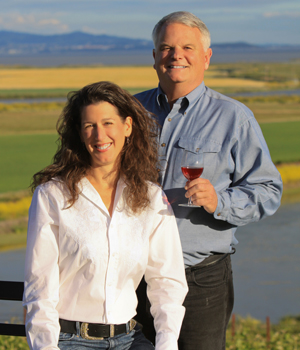 Al Brayton attributes his love of winemaking to time spent in the late ‘70’s with family friend Father Tom Turnbull. Using grapes from already harvested vineyards, and assisted by Father Tom and his neighbor Nathan Fay (often called the father of the Stags Leap District), Al made his first wine and put it in bottles recycled from the finest wineries in Napa Valley. In 1999 Al found and planted Paradise Vineyards, and with the help of his wife Lisa Brayton, launched Paradise View Wines in 2003 and Thirty-Seven Wines in 2007. 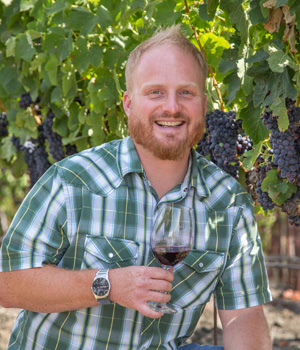 Shane Finley took an indirect route to winemaking ~ earning a BA in English from the Virginia Military Institute, then working for an insurance agency in New York City where he fell in love with wine during business dinners. He left that job to explore his new passion, and spent a few years interning at some of the world’s most respected wineries ~ Copain in Sonoma County’s Russian River Valley, Torbreck Vintners in South Australia’s Barossa Valley and Domaine Pierre Gaillard in the Northern Rhône. When he returned to California in July of 2003 Shane became the Cellar Master at Copain Custom Crush and worked closely with clients Dumol, Carlisle, and Pisoni Estate as well as Copain’s winemaker, Wells Guthrie. After the 2004 vintage Shane moved to Paul Hobbs Winery and took the position of Assistant Winemaker, where he became versed in Paul Hobbs’ small-lot, micro-winemaking style for Pinot Noir, Chardonnay, and Cabernet Sauvignon. In the spring of 2006 Shane became the Associate Winemaker at Kosta Browne Wines, and for the next six years he crafted their renowned Pinot Noirs.